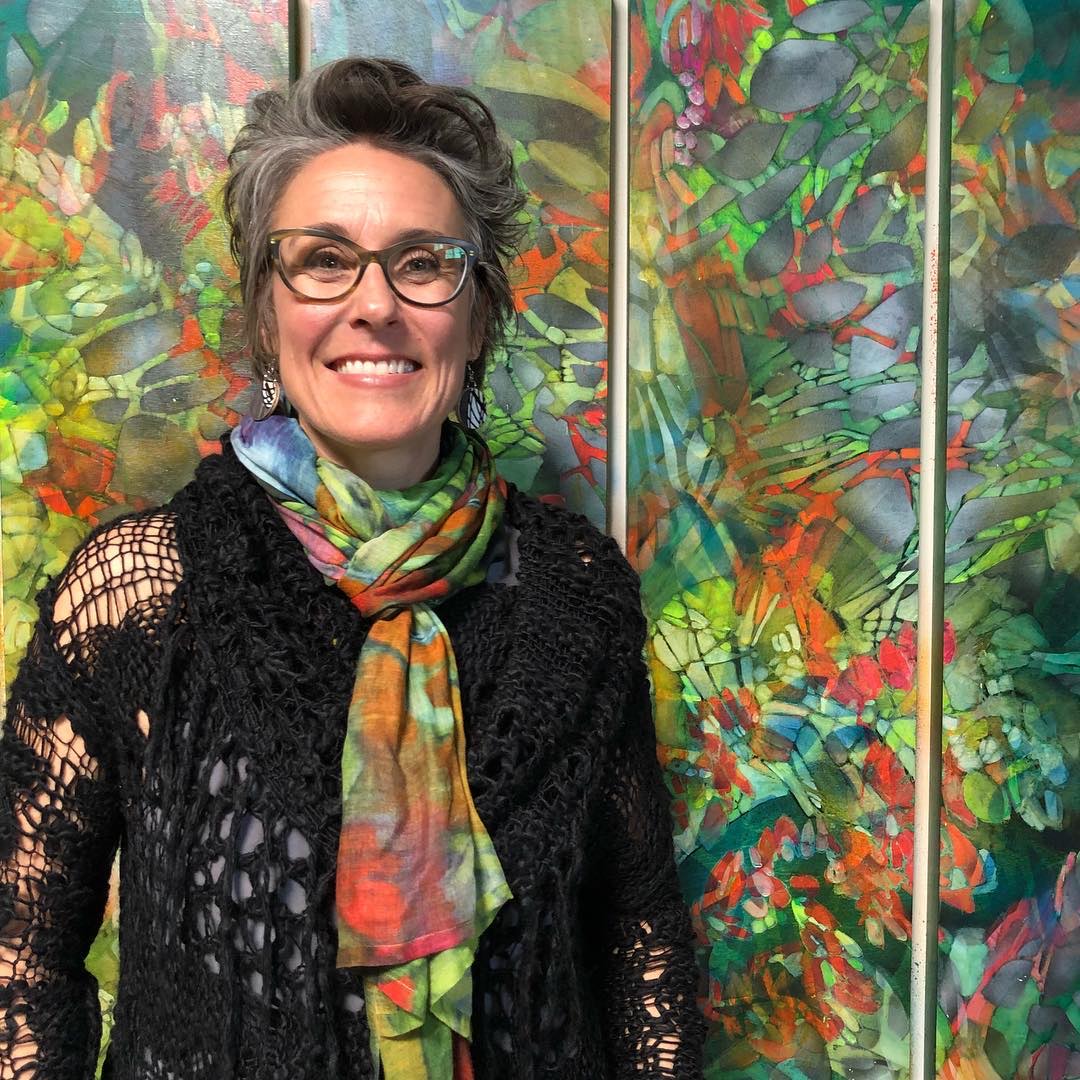 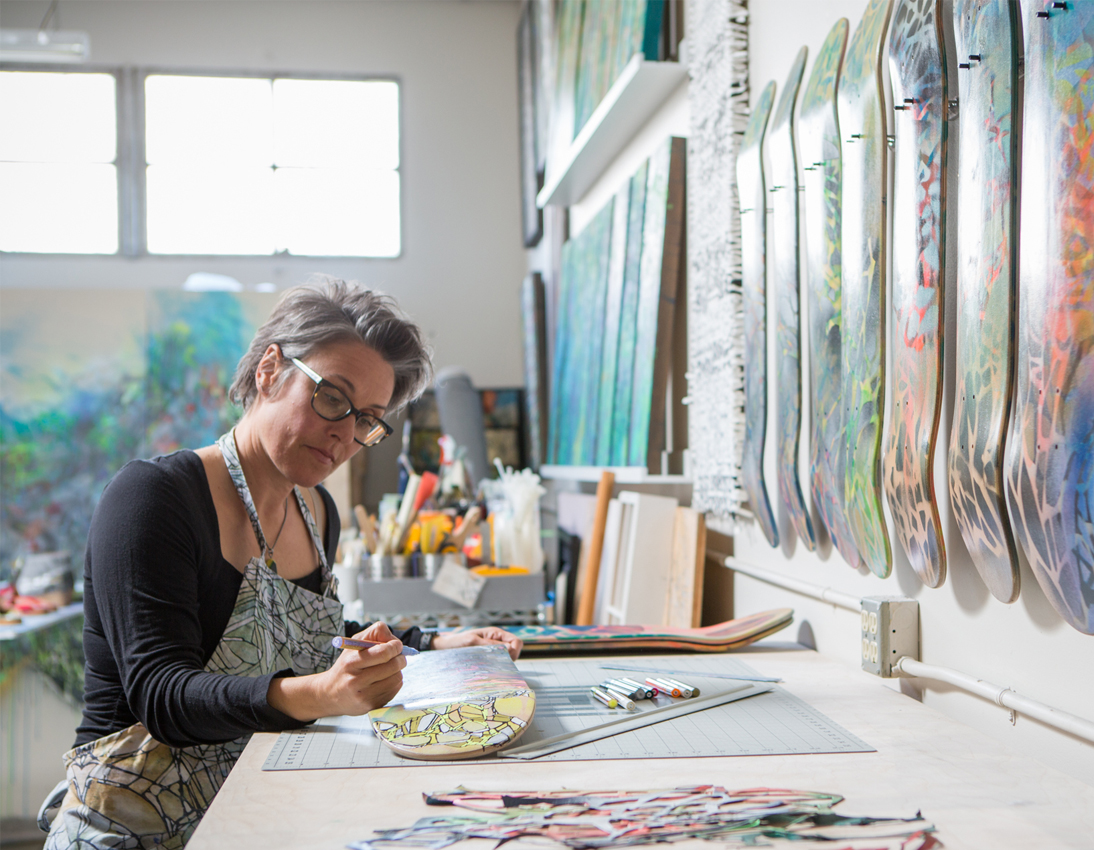 Art invents by its own process

Many artists start creating out of an urge to express themselves. However, Renée DeCarlo is different. She draws during a state of transition, allowing her body and the movement of it to create the marks that begin the drawing. These states of transition often begin in the car, plane, or bus, where DeCarlo captures the motion affected upon her during transit. That line or series of marks become the foundation for a much more complex, layered mixed media work.

When DeCarlo decided to let the pen move by itself, she realized that art can evolve by its own process. DeCarlo regards herself as the registrar of life: she records life around her in precise moments of time, such as bumps in the road, the turbulence in the airplane, and the chaotic patterns that people move in. Her drawings are unique and messy because she always lets her pen follow her eyes rather than following her fingers.

Those drawings are also the point of departure of DeCarlo’s magic. By using the traditional printmaking techniques and experimenting with materials, she builds each piece upon layers, defines the spaces through colors, and explores ideas of tradition, structure, and the boundaries and relationships between them.

Viewing DeCarlo’s artwork is similar to decoding a story or series of events - the audiences observe transformations of the artist’s work as it has transpired between layers of lines and colors. They can also delve into DeCarlo’s creative journey by simply walking in her public studio, located in the busy commercial district. As DeCarlo learned years ago in that airplane, art invents and evolves by its own process. Accidents and challenges are key contributors to adaptation and growth and DeCarlo infuses those moments into her works.