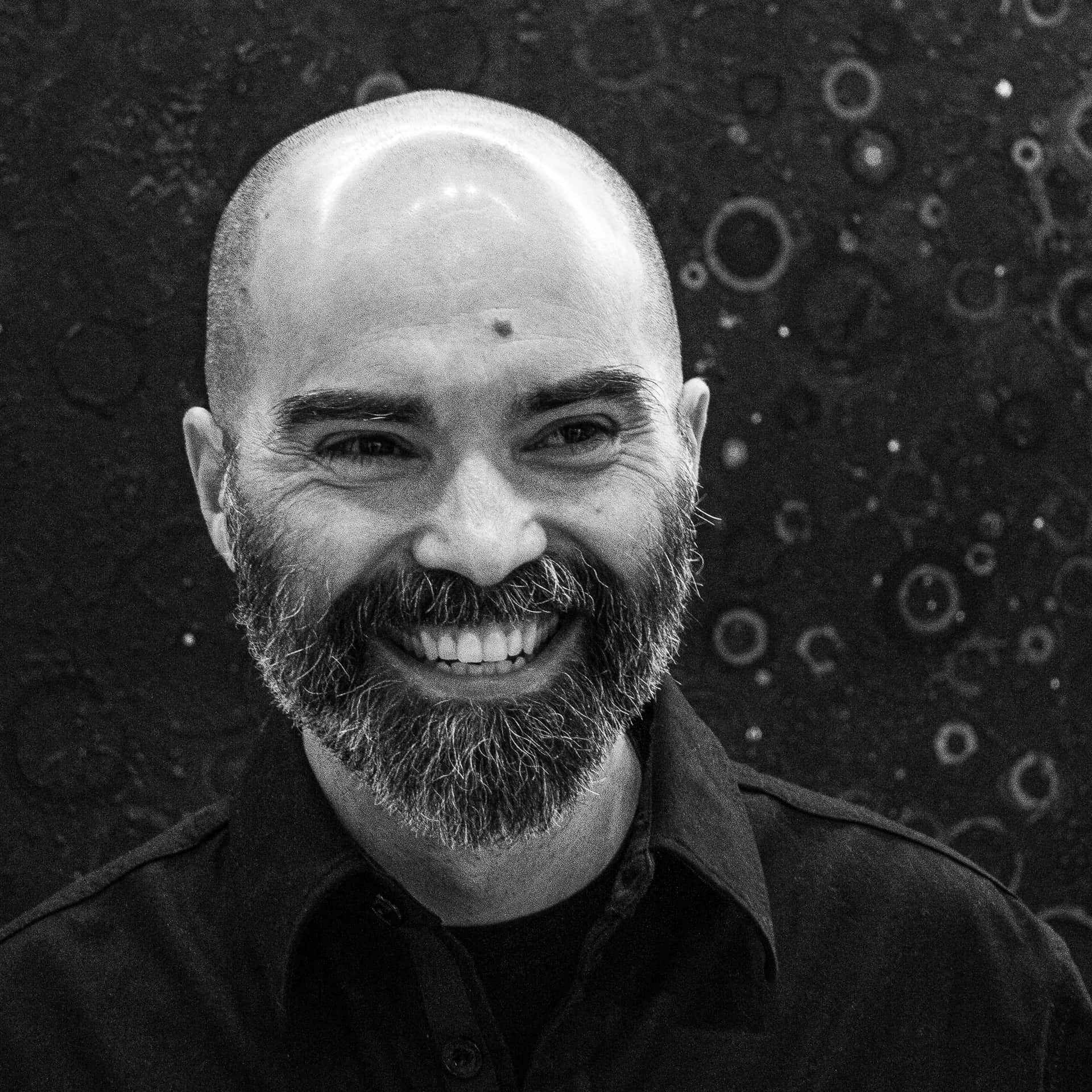 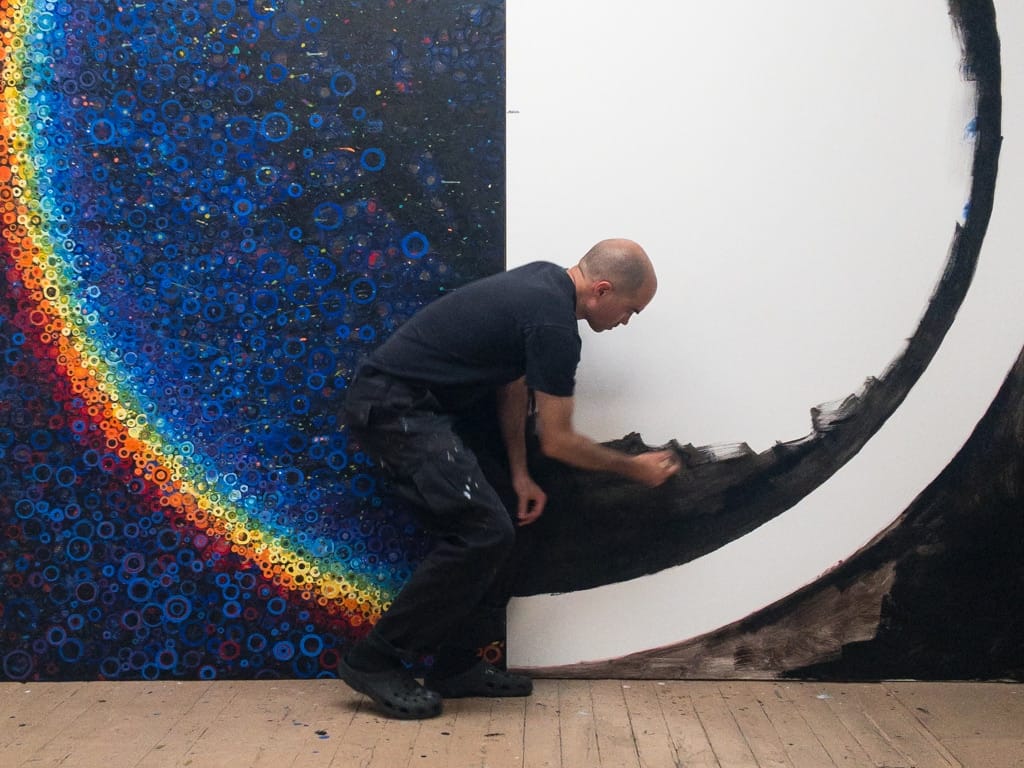 Randall Stoltzfus learned to cross-stitch, garden, and paint houses from his Mennonite family in rural Virginia before graduating with the highest distinction from UVA in 1993. Now he works in a studio in Brooklyn, where he makes art about light which is constructed from multitudes of hand-painted circles.

We are each part of something larger than ourselves. Each of us, whether we realize it or not, is surrounded by our own light, which, in turn, contributes to a collective light so vast that it is easily overlooked.

For two decades, Stoltzfus has experimented with circles as the basis for an expressive language. By layering multitudes of circles, he builds subtle abstract forms that vibrate with light and unfold into otherworldly landscapes. No two of his circles are the same, differing in texture, color, size, and the unique marks left by the artist’s hand. The occasional application of gold-leaf adds yet another dimension of radiance.

These many layers of circles, both visible and hidden, reveal something greater than their sum as they coalesce to make the unseen visible. They communicate the artist’s inner feelings about the world. “Our eyes are circular -- the circle is the shape that enables each of us to see,” Stoltzfus said.

Influenced by his Mennonite upbringing, Stoltzfus’ circles show his deep affection for the natural world and his unease with the manufactured world - like this rectangular screen, its repetitive pixels, and the angular mass-produced goods that dot our environment.